Paris: Frogdancer walks and navigates at the same time. 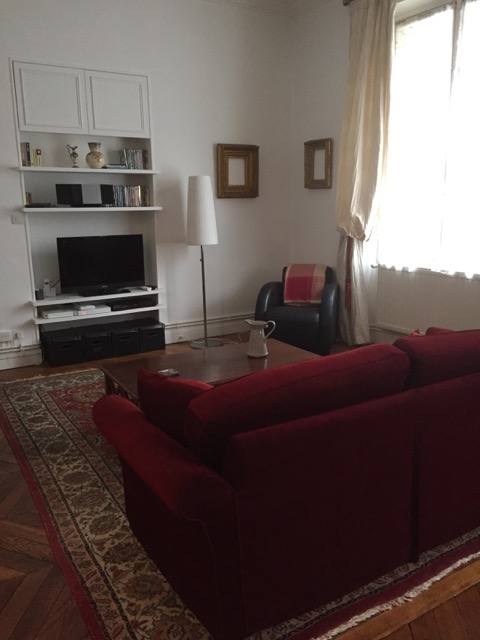 I’m now in the apartment that Scott and I hired from a guy I work with. It’s just a few streets behind the Eiffel Tower and is in a fabulous location.

It’s also pretty darned nice. I’m very happy. As I’m writing this Scott is on his way from the airport, but I’ve been here since lunchtime. Once I found the place and let myself in, I decided that I had to get out and get lunch and then explore.

Learning from past mistakes (Nice), I equipped myself with a map, circled the approximate location of the apartment and then I set off. 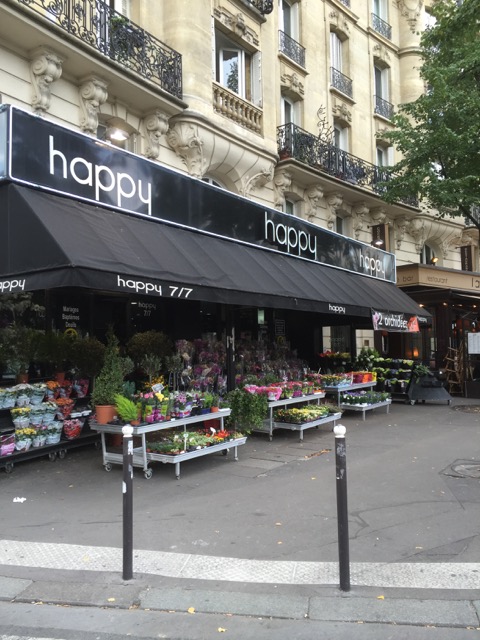 The shop’s name describes pretty much how I felt. 🙂 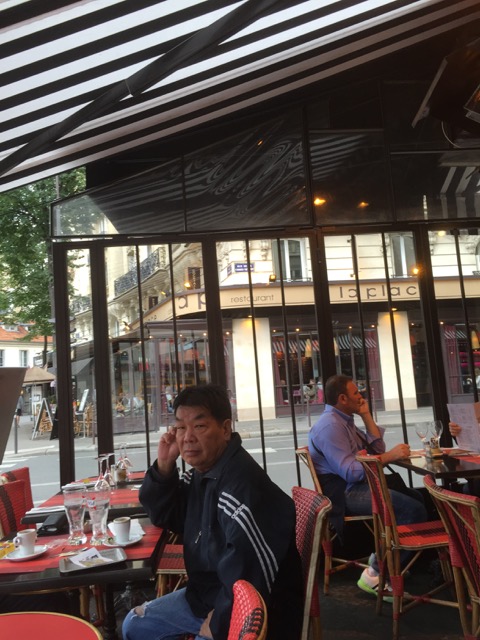 Being August, a lot od businesses are closed for the holidays, but a nice man pointed me in the direction of the station, where there were lots of cafés. I picked one with a goats cheese salad, thinking it would be a nice light lunch. 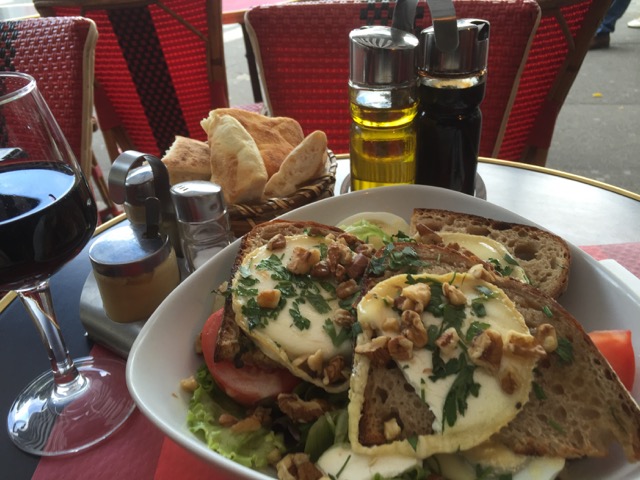 Merde! It was HUGE. I ate a hearty meal and then inspected my map.

It looked suspiciously as if I was close to the Place des Invalides, where Napoleon’s tomb is.  Not being particularly noted for my map reading skillz, (just ask Ryan19 when I tried to play a computer game with him and his friends. They abandoned me when I was a liability), I asked the waiter if I was on the right track. He confirmed it, so off I went.

After a very short period of time I saw this. 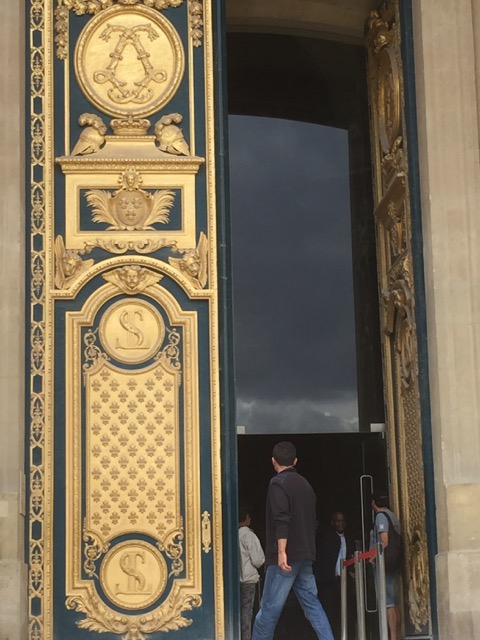 His tomb is actually a floor below the entrance. This is what it looks like from above. To be honest, I was a little annoyed with him. After the 400+ steps down from the Eiffel Tower and the hellish climb up to Montmartre yesterday, my legs are protesting when they see more steps.

There were 16. And then there were these.

Here it is, with the ambience of the upper gilded level.

All around the tomb are sculptures detailing his achievements. This is the Napoleonic Code. 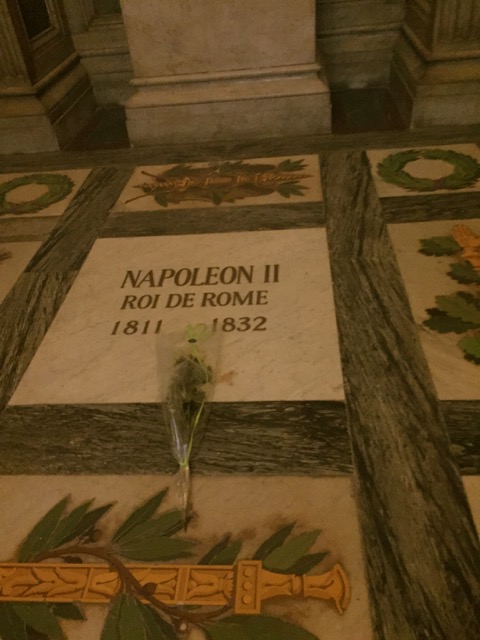 Sounds like a bit of a wasted life. It was his cousin, Napoleon III, who commissioned the building. 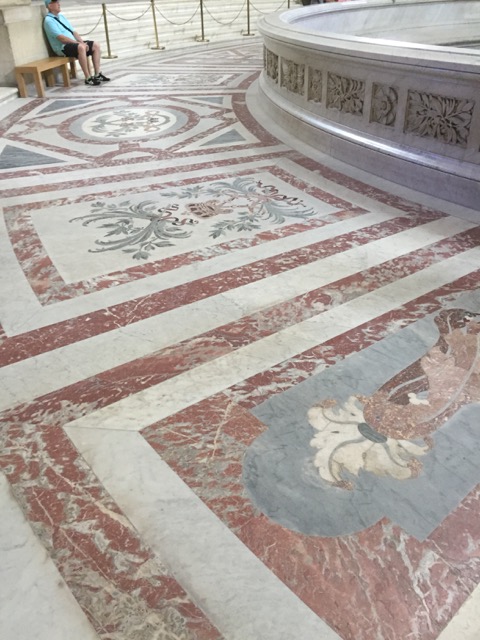 This reminded me of Rome, with the ‘recycled’ marble.

When I was standing across the room, I saw the light falling over here. Doesn’t it look amazing? 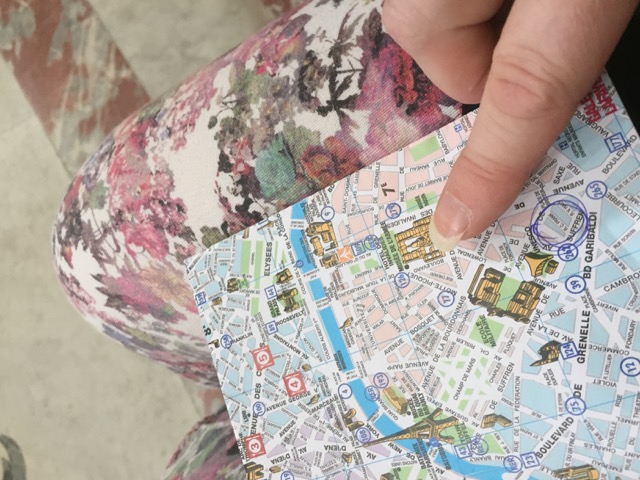 Then, after buying a souvenir that I can put n my Christmas tree, I opened the map. Due to driving around with the tour for 2 days, I knew the Seine was very close. Scott was due at the apartment at 5:30… I had a spare hour and a half. I wasn’t going to waste it. 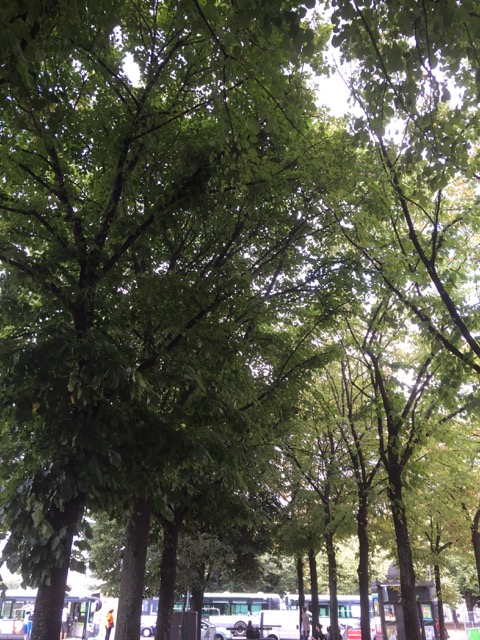 People were enjoying the Sunday. 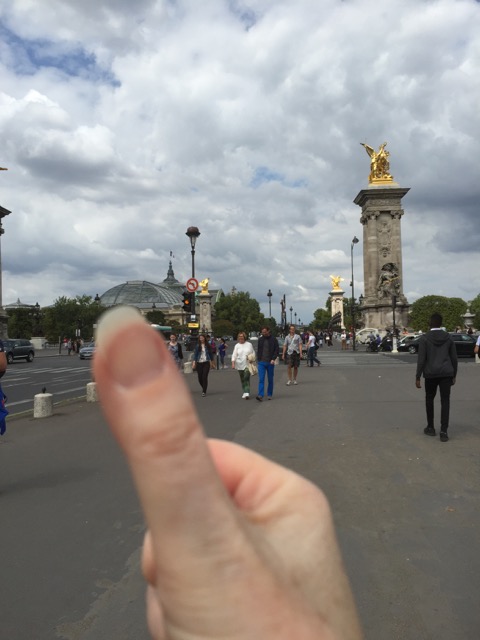 Success! Here’s the bridge that we kept driving past. That tour was seriously coming in handy. 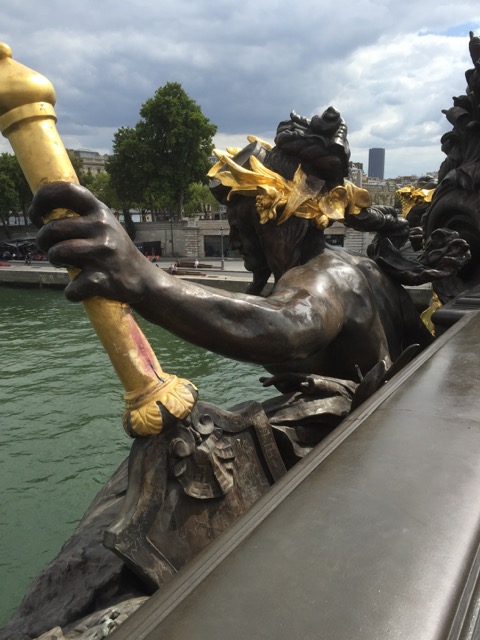 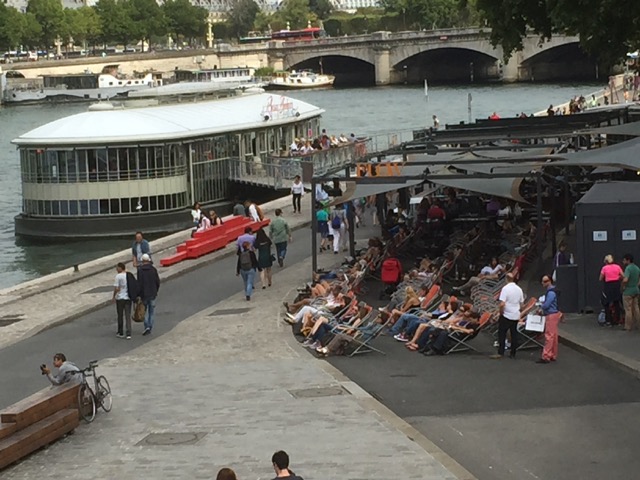 I was intending to take my stroll along the Seine along this bank, past the people on deck chairs, but then I saw this:

It looked like white market tents along the other side.

It was an antiques kind of market. I didn’t buy anything but I had a lot of fun looking. I was keeping an eye on the clock. I didn’t want Scott to arrive and have to wait outside in the street because I was gallivanting around. It was when I had gone through the market and was heading for the next bridge that I remembered that I had to buy milk for Scott’s breakfast the next day. Crap! I didn’t remember passing by a supermarket on the way here. I decided I’d better head back, especially when I glanced at my watch and saw that his plane had just landed.

The I looked across the road and saw this. I remembered it from the tour. The Place de la Concorde, where the guillotine was set up during the French revolution. I HAD to gallop around it.

It was taking my life in my hands trying to cross the roads here, but I managed it. I kept imagining all of the tumbrils rolling up here with the condemned aristocrats in them, wit the screaming crowds all around. Now it’s just road rage. 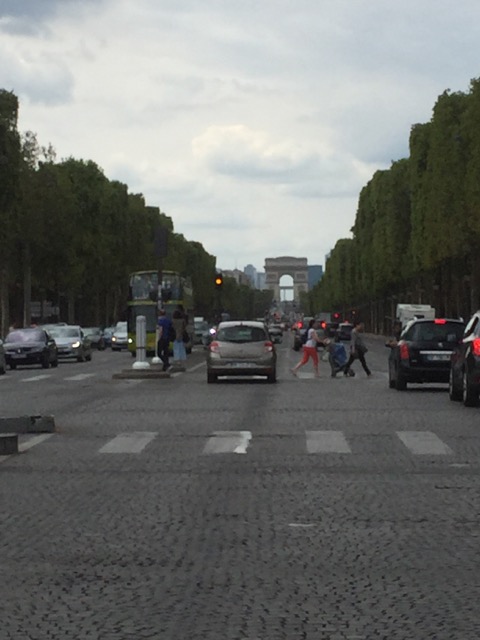 I took this shot as I was crossing the road. The Arc de Triomphe lies directly in front of the Obelisk.

Marie Antoinette was beheaded directly in front of these gates. I had to sna this phot through a break in the traffic.

Then I headed back, consulting my map along the way.

The further I got from the Seine, the less crowded it got. There was no one around. I still needed to get some milk for Scott. Then I saw it! 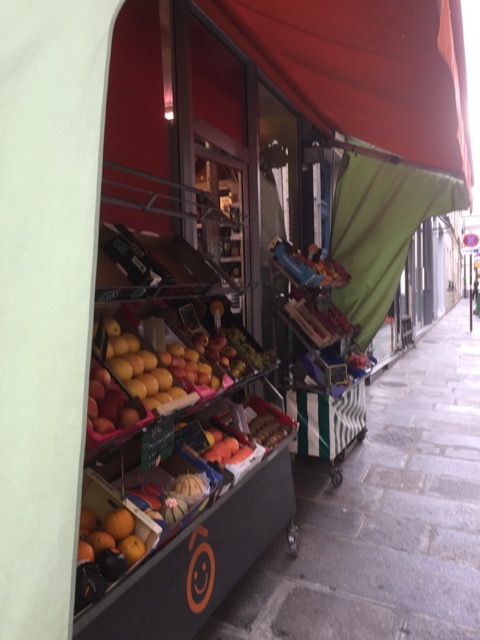 A shop! I bought milk and what I hoped was butter. My schoolgirl French couldn’t recall the word for butter. I asked a guy shopping beside me.

He apologetically said that he knew no English, then said, “It isn’t fromage.”

“Great!” I said and bought it.

I got to this part and I was delighted to see the tower. It seems to pop up everywhere.

Then I looked around…. My map doesn’t show every street. The street our apartment is on is very tiny. I’ve got the general area circled, as you’ve seen. This street looked very familiar; like the street the taxi driver had driven me up earlier today.

I looked, I walked and then voila! 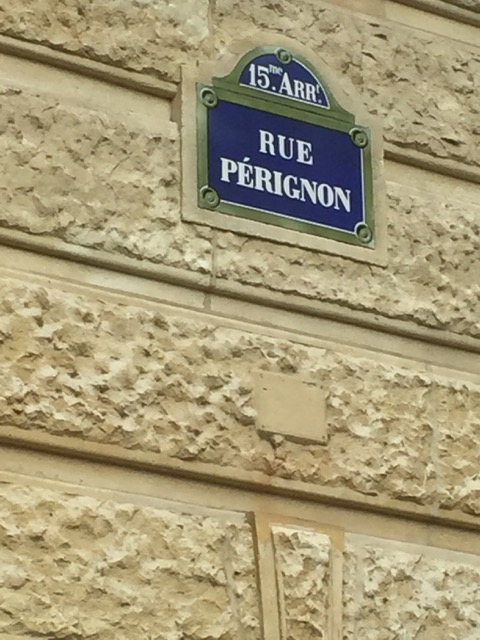 Thank goodness I didn’t try to open the Italian wine on the tour. I assumed it was a screw-top. This apartment has everything, including a corkscrew.

And google translate tells me that ‘beurre’ means butter.  Scott arrived a while ago and we’re about to go our for dinner. Happy days!

This entry was posted in holidays. Bookmark the permalink.

4 Responses to Paris: Frogdancer walks and navigates at the same time.